I haven't been sending out poems as often as I used to, so it was very heartening to receive my first acceptances of the new year from New Reader Magazine, an Arts, Literature & Cultural Quarterly. They have an exciting mixture of prose and poetry from writers all over the world. Their site is very fresh and visually pleasing as well!
My two poems, The Little Sunfish and Mistress Prynne Dreams of Her Youth were accepted for their June issue. The Little Sunfish is my latest poem, written about the robots used to clean up after the Fukushima Daiichi nuclear power plant disaster in 2017. The robot they called Manbo, which means "little sunfish", was the one that helped discover the source of the leak and thus saved many lives. 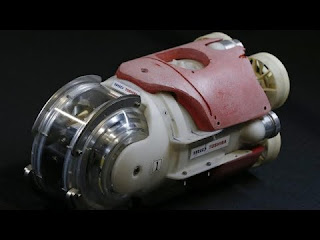 Mistress Prynne refers to the epilogue about Hester Prynne's later life in Nathaniel Hawthorne's The Scarlet Letter which not everyone remembers after reading the book, but which obviously made an impression on my imagination! 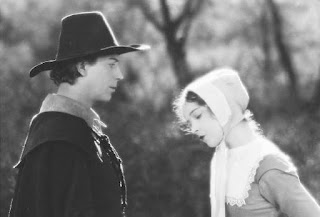 Posted by Nebula at 5:40 PM No comments:

Frankly, I thought K.M. Peyton (of Flambards fame) was no longer with us, but I just found out she's still here and still writing!! Her most recent novel, Wild Lily, 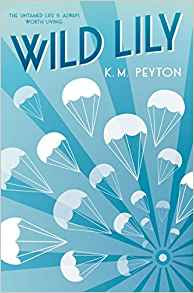 was a very enjoyable read. Peyton has not lost her fascination for me, after all these years. Her books have a quality unlike any other (which may not be to everyone's taste) and over the years I've tried to analyze exactly what that quality consists of. For one thing, her books are always about love: whether it's love for another person, an animal (frequently horses), an occupation (flying, sailing), or a place. And it's the kind of all-encompassing love that one sacrifices everything for--the kind of love that few people seem to experience but which Peyton knows all about. Sometimes it's reciprocated, but sometimes it's just a unrequited devoted love for another that never fades.
Another distinguishing trait: her characters--there is always a mad, bad, fascinating character who dominates--for better or for worse. There is always a character who is quietly strong and good to the core. But none of her characters are totally black and white--the good ones can be silly, the bad ones often humane, and the clash of good and evil takes place in at atmosphere where luck sometimes favors one over the other.
The last two books by Peyton I read were _Small Gains_ and _Greater Gains_, a two-part series which thankfully ended happily! When Amazon describes something as a "tragic saga set at the turn of the 18th century," you have to worry! Granted, the happy ended was a bit forced (and unlikely) but I'll take it.
My all-time favorite of hers, besides the Flambards series, is _The Right-Hand Man_, which Wikipedia describes as "the book is set in 1818 in Essex and London, during the Georgian era. It tells the story of Ned Rowlands, a talented stagecoach driver who meets the three creatures he loves best on the same day: a horse, a woman, and the man who will become his employer."

Posted by Nebula at 4:24 PM No comments:

Catherine Asaro, where have you been all my life?

Nothing's sweeter than discovering an author, who, unbeknownst to you, has been writing exactly the type of novel you love to read for years and yet somehow has managed to remain under your radar!  We're talking about an extensive backlist of titles waiting for my reading pleasure!
I've heard Catherine Asaro's name before but finally chanced upon her book, Primary Inversion, recently and had a great time immersing myself into its colorful characters and world.

Kick-ass female protagonists ready to take over galactic empires, political machinations, worlds in conflict, star-crossed lovers...it's all there for your reading enjoyment!
To top it all, Asaro is one of the few well-known hispanic female science fiction writers and she's a scientist and dancer as well!
Posted by Nebula at 3:16 PM No comments:

At the FIU Provost's office reception for faculty authors. I got there late (I was on the desk) and was the last one to get my picture taken! Thanks to the campus Barnes & Noble for hosting the reception and purchasing two of my books! The Dean of Libraries, Anne Prestamo, gave a speech and mentioned both librarians who had books out this last year and the faculty authors book display I had put together the night before! As I was leaving the desk to go to the event, there was already a faculty member looking for the display and happy to find his book there.
Posted by Nebula at 11:18 AM No comments:

I usually post these "year in review" columns in January, but I just realized I hadn't written one for 2017.  It was the year of the sonnet for me!  Four sonnets published, one reprinted in an anthology, one featured as a weekly read, one winning a sonnet challenge, one nominated for the Pushcart Prize and both the latter published in a mini chapbook!  (Something's telling me I should be writing more sonnets!)

It was also the year I broke out into fiction and published the first flash fiction stories I attempted, which became the Sara's Siren Song Trilogy.

And last but not least, it was the year my second chapbook, The Ocean Between Us, got accepted and published by Backbone Press!

--  “The Surest Poison” in Thirty West Publishing’s website as winner of their sonnet challenge!

May – “The Surest Poison” and “Blood Pacts” (both sonnets) in a16 page chaplet by Thirty West Publishing with other formal poetry winners.

— “Story of the Stones”  in The Ginger Collect

----“Under a Graveyard Sun” in The Ginger Collect.

Aug—The Ocean Between Us chapbook accepted by Backbone Press on 8/14.  It consists of 26 poems, some previously published, in two sections: Puerto Rico poems and Florida poems.

Oct 22— The Ocean Between Us published.
Nov--"Blood Pacts” nominated for the Pushcart Prize by Thirty West Publishing House!

Dec—The Ocean Between Us  added to the FIU Faculty publication collection at the FIU libraries!

Posted by Nebula at 9:37 AM No comments: