My poetry chapbook entitled "Shining from a Different Firmament" was accepted for publication by Finishing Line Press.  (I had entered their yearly New Women's Voices chapbook contest and although I didn't win, they still offered me general publication.)

The chapbook consists of 20 mostly persona poems about historical and legendary women, among them: 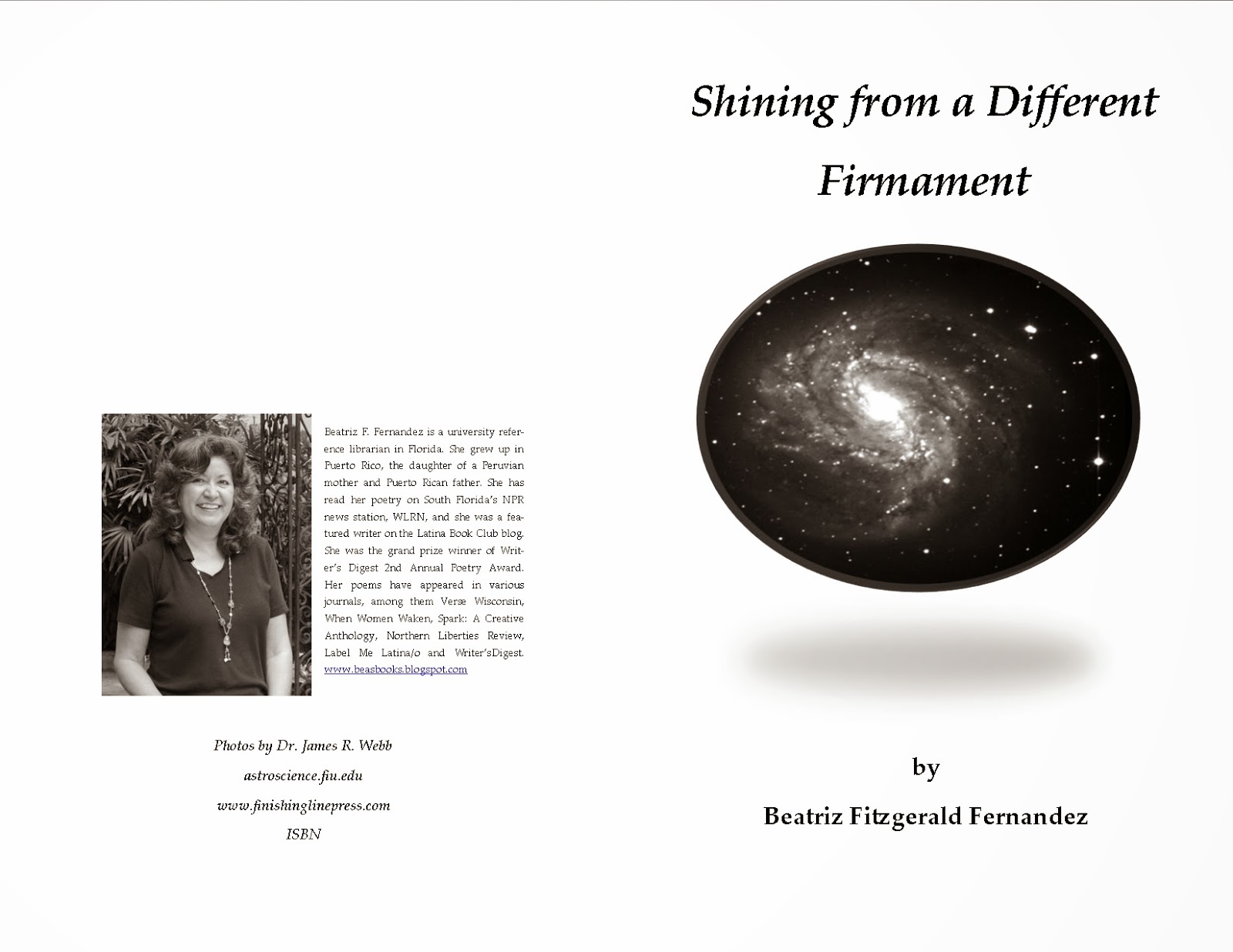 Posted by Nebula at 3:23 PM No comments: