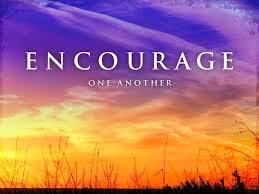 The past few months have not been very productive for me, poetry writing-wise, so I'm taking advantage and concentrating on submitting my backlist of poems.  Some of my best haven't been published because they need particular markets which I haven't found yet (or haven't been invented yet!)  Well, that's my take on it,anyway!

It's one way to stay productive in those sparse writing months--no one can publish it while it's sitting in your computer!  And waiting for acceptances is excruciating, so you want to have a constant rolling submission rate to ensure the flow of acceptances is a stream (or at least a trickle!) and keeps you encouraged.

Somewhere I read that if you are a writer who needs encouragement to write, then you can forget about being a writer!  But that's a little harsh, don't you think?  Everyone needs encouragement; sure, there are writers like Emily Dickinson who write in isolation but even she sought out encouragement--that she didn't receive as much as she deserved is another thing.  Genius is often not rewarded in its own age, but most of us aren't geniuses, so we can expect some encouragement, I hope!

I've been receiving acceptances on a regular basis, at least one a month for a year now, and I am waiting to hear from five or six journals/contests right now.  In late May I heard from Spellbound that they accepted The Coqui Prince, my Puerto Rican Frog Prince fairy tale adaptation poem (Whew! That's a mouthful!) for publication in their special anthology edition.  I'm very happy to be included in that!  This poem flowed out very naturally and is based on memories of my father's country house in the hills of Puerto Rico.

I have now passed the criteria (which does not include publications in children's poetry magazines, by the way, which I think is a shame, since writing for children is much more difficult than for adults!  But they were very prompt in adding some journals that were not listed in their publications list, so I can't complain!) to be listed on the Poets & Writers directory, click on my name to see my listing: