Just squeaked one in for March! "Ode to your Code" to the rescue!

O'Miami and WLRN of South Florida are starting off their National Poetry Month celebrations with a fun tumblr poetry challenge:  write an ode to your zip code consisting of as many words in each line as indicated by your zip code:  mine is 33185.  I wrote this:

published on their Ode to Your Zip Code tumblr on March 26th:

Ode to Your Zip Code archive

Miami Herald reporter Kathleene Devaney also interviewed me and discussed my poem in an article just published on the 29th:

And so it begins! 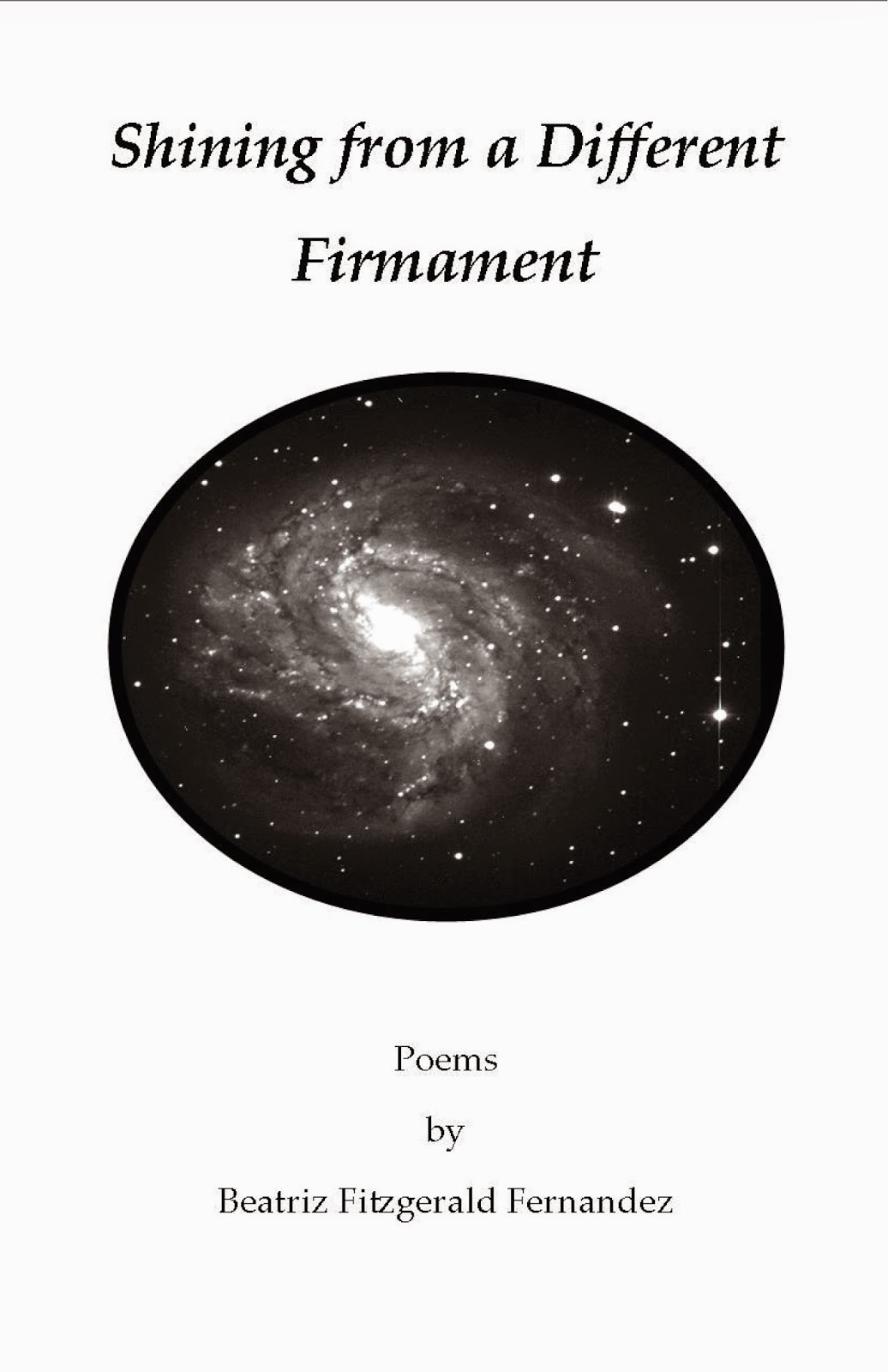 Another nice surprise today, I finally received my poetry chapbook from the publishers--


The poems in Beatriz Fernandez's Shining from a Different Firmament do just that. They shine light on women history has slighted, mistreated, or forgotten altogether. They give us "Hypatia's Revenge," "Nefertiti's Secret," and "The Picture of Constance Wilde." They also consider Dante's passion for Beatrice and examine Richard the Lionheart's mummified heart. This collection is pithy and surprising, rich with persona poems rendered as ghazals, epistles, and ekphrastic musings. Julianna Baggott's Lizzie Borden in Love: Poems in Women’s Voices has found a worthy companion in Beatriz Fernandez's stirring debut. Like the women she embodies, Fernandez writes with the vision of one who "chart[s] the oceans of the night."
--Julie Marie Wade, author of Without, Postage Due, and When I Was Straight. www.juliemariewade.com

Amid this era of poetry that runs the gamut from solipsism to impenetrability, how refreshing to find a poet of intelligence who writes with clarity about those whose lives, whether actual or fictional, deserve more notice. Reminiscent of Robert Browning in his ability to vividly inhabit voices other than his own, Beatriz Fitzgerald Fernandez is a welcome master of both open and closed forms, as she brings together history, compassion, and music to each poem in this fine first collection.
—Andrea Hollander, author of Landscape with Female Figure: New & Selected Poems, 1982 – 2012

Posted by Nebula at 1:54 PM No comments: